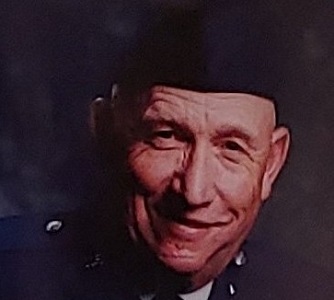 Vernon Ronley Jones passed away quietly on March 27th, 2022 at the age of 82 in Buckeye, Arizona where he lived with his wife Deborah Ann Tripp Jones – the love of his life – with whom he shared 30 years. Son of Vernon A. and Zelma Atkison Jones, Ronley was born in Malad, Idaho on November 27th, 1939 as the middle of three children; older sister Mary Connie Lewis and younger brother Randy A. Jones all of whom he loved dearly. Ronley developed a love for animals and avid horsemanship skills in his early childhood years while farming and ranching cattle. Ronley enjoyed art and sports in elementary and high school joining basketball, boxing, and baseball teams. A young man of 22, Ronley enlisted in the Army to serve his country, attended college (graduating later in life with a BBA from Southwestern University) and returned years later to join his father and brother to farm and ranch the family land. At a young age, Ronley learned the value of a hard day’s work and throughout his long life enjoyed living the roles of rancher, farmer, part store manager, Malad City deputy sheriff, security guard, and planning engineer at Thiokol, and maintenance lead at the Pocatello Zoo to name a few. Beyond farming and ranching which comprised much of his adolescent and adult life, Ronley was most proud of his long career as an LPN and medic serving in the Air Force where he was known as Vern or Jonesy. After two tours of duty in the 90s, Ronley retired with honors at the rank of MSGT in 1999 with 23 years of service in the United States Air Force and Air Force Reserve. Ronley also had a magnetic connection with water which included the ability to locate underground streams of water, creating a lifelong secondary career as well witcher, witching nearly 200 wells throughout his lifetime, and developing the nickname the H20 Witchdoctor. Living most of his life on the ranch in Malad, Idaho Ron and Deb relocated to Buckeye, AZ to enjoy the warmer weather and city life near Luke AFB, a retirement for Ronley where he lived out his golden years. In both his Air Force and retired life, Ronley preferred the use of his first (and father’s name), Vernon and was known as Vern. Ronley is survived by his wife Deborah (Buckeye, AZ), and his two children with first wife Marie Pratt Hegland, daughter Ronda Marie Robbins (Pocatello, ID) and son Jason Ed Jones (Washington, DC). Ronley has offered his final “Happy Trails” farewell to join his parents and siblings who precede him in death. A graveside memorial service has been scheduled to occur at 11am on Saturday, May 21st at the Malad City, Idaho Cemetery.