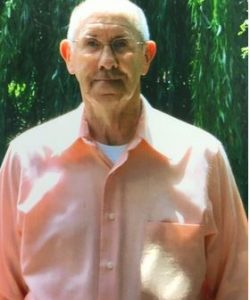 Vernon was born to Katherine Bell and Sidney Ross in Delores, CO. He was the second oldest of 5 boys and 1 girl, and is the 3<sup>rd</sup> sibling to pass away. He moved to Kent, WA as a child.He joined the Future Farmers of America in Jr. High until graduation that included animal husbandry and inoculations. He also played steel guitar and could yodel.Vernon knew from a young age that he wanted to be an electronic engineer. By high school, he had a radio and T.V. repair shop from his parent’s home. He worked with Japanese truck farmers also while in high school, planting, harvesting and selling produce. After graduating he worked for Boeing.Vernon met Darilyn in 1955 and they married in 1957, Michelle was born in 1967. He was self-taught through mail order college courses in electronics and because of the industry in So. Cal they moved here in 1959.The next 10 years, he worked his way up from a technician to a Sr. Engineer for 3 different companies. In the 60’s he worked with the English Air Force to develop the first air to air plane refueling system. Later he worked in the aerospace industry as a project engineer on one of the systems in the SR71 Blackbird, forerunner to the stealth bomber. He also worked with JPL developing satellite systems and the Saturn program. During these years he always had a little shop where he honed his creative skills to invent and would etch printed circuit boards for other companies. In 1969, he started V.B. Ross & Co. with Darilyn and 2 employees in Pasadena. In 1980, he incorporated to become V.B. Ross Corp. with 55 employees. He started by inventing security systems and was the first to use a plug-in modular concept. He went on to invent over 1,000 products for the medical field, tanning beds, racing cars, farming, camera and ambulance equipment. One invention for the police and firing ranges was a device that cut off the sound of the gun shot to protect the hearing. He had 20 Florida prisons protected with a zonal perimeter system.He and Darilyn closed the business in 2010 to retire and moved from Temple City to West Covina, as his Alzheimer’s disease had already started. Vernon never backed away from a challenge, always seeing it as an opportunity. He was a kind, creative, honest and amazing man!