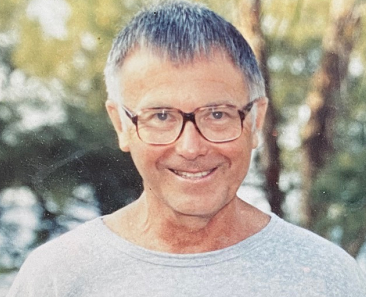 Walt aka ‘Pep’, ‘Waldo’, ‘Dad’, ‘Grandpa’ grew up in New Haven, Connecticut during the depression. His childhood adventures included collecting clams from the shoreline and working at the small local airport where he and his childhood friends learned to fly. All of these events and friendships impacted his life. Walt lived a simple lifestyle and was always frugal with his money, but always generous with others at the same time, investing in what mattered to him, mostly education and family. Walt’s own family lacked for nothing essential and he contributed to education accounts for his grandchildren and always spent what it took to be present at the significant events in his children’s, their spouses, and each of his grandchildren’s’ lives. When Walt later moved to San Diego, he brought his childhood memory of having a clambake on the beach with him. For many years, Walt would organize a clam bake style family gathering on the beaches of San Diego. The festivities began the night before where combinations of corn, potato, butter, chicken, and seafood would be carefully wrapped in aluminum foil, stored in a barrel and covered with ice. The next day the barrel would steam over an open fire while family members, some coming from long distances, would gather, with their favorite beverage in hand to catch up. If you were lucky, you would also partake in Walt’s special recipe for chowder where demand always exceeded supply. Walt remained close with his childhood friends throughout his life. Later in life, Walt was able to afford his own Cherokee airplane. A memoir was written about him and his friends flying the plane cross country from San Diego back to their childhood roots in Connecticut. Walt had an exceptionally keen mind and mastered anything he put his mind to and was intensely curious about those areas beyond man’s understanding. Walt attended Yale University, then went on to Yale Medical School. He started his residency programs as a general surgeon, but Walt was always fascinated by the brain and later decided to switch to a neurology specialty, where he could better focus on brain issues. He went on to complete his neurology residency at the Mayo clinic in Rochester, MN. Walt spent his early medical career with stints aboard ship in the US Navy and aboard the ship ‘HOPE’, a missionary medical ship ported at the time in Peru. Walt later moved to San Diego where he was on the faculty of the UCSD medical school and served as a full-time practicing neurologist. Even after Walt retired, his fascination with the brain, in particular the nature of consciousness, always intrigued him. He had a parallel fascination and intrigue with astronomy and nature. His thirst for knowledge, especially in areas where man’s knowledge is limited, never ended. Once retired, Walt bought a small motorhome and began travelling the country, visiting friends and family for short and sweet visits. When visiting you, Walt would never act like a guest. He would show up with a weeks’ worth of wine and snacks, he’d be filling everyone’s drinks, then after a meal, he would be the first in the kitchen to clean the dishes, take out the trash or do whatever task needed to be done, large or small. Walt often repeated the saying that ‘Fish and visitors stink after 3 days’, so he never stayed in one place too long, always leaving before you wanted him to. A perfect day for Walt during retirement seemed like a day immersed in nature, with a good book, a nice walk and surrounded by good friends and family. His day would typically include a quiet time in the afternoon for rest or reading, a happy hour before dinner, a catch up of the BIG news and early to bed, with good conversation interspersed throughout. Walt rented summer homes on a lake in Connecticut, in the woods of Northern Michigan and spearheaded multiple camping trips to the Northern Boundary water lakes of Minnesota. Walt’s home in the desert had a single grape vine that he nurtured and you could sit on his porch and almost watch it grow. He carried a few peanuts in his pocket as he took his daily walk and the local crows came to know and look forward to his daily walk as much as he did. Walt lived with conservative Christian values long before it became an unpopular thing to do. He believed in God and country, prized honest hard work and a simple life and above all else he valued family. He leaves his longtime companion and ‘fiancé’, Joni Hines, his children: Charles Johnson, Lauren Navaro, Art Johnson, and Claudia Johnson. The list of the children’s spouses, grandchildren, friends and other family members who loved Walt would be too lengthy to mention and certainly be incomplete. Walt was loved and will be missed by all, but he leaves a lasting positive memory of a life well lived and he will continue to positively affect those he touched for years to come.