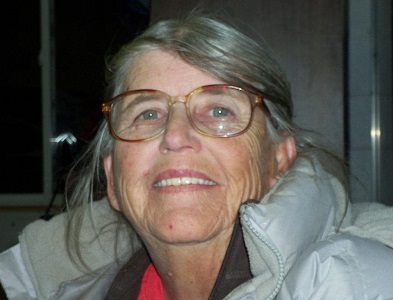 Our mom is the best mom in the world or universe and I, Sherrie her oldest daughter, am totally bias completely. Wyona "Maiden Name Marsh" Larch was born in Nyssa, Oregon in 1939, to her mother Lila Smalley Marsh and father William Frank Marsh. She had two older brothers Bryce Weeks and William Warren Marsh (both have passed) and a older sister Edith that died at three days old due to a medical accident. They were a farming family that spent time in Oregon, Idaho, and California. Finally settling in the Klamath Basin that is located in Southern Oregon and Northern California. At her death she lived in the small farming town of Tulelake, California in Northern California, with me Sherrie. She is survived by her daughters Sherrie and Mistie Larch. Mom worked her whole life as a farmhand, sometime mechanic for farming machinery and vehicles, a combine driver and worked in the potato sheds and seed cutting in the Klamath Basin, until her mid-forties when disabilities from various injures, including a broken back and, finally made it impossible to continue working in the sheds. Her dream jobs were teacher and artist. Mom loved playing with her kids and pranking us with jokes and jumping out of places “Saying Boo”, she loved people and would help anyone that needed it. Mom loved to draw, cook, play solitaire, board games when she was younger, listening to country, folk and big band music (though we tried to get her into rock and pop music), reading (she read books to us all the time as small kids), animals (could not see animal suffer), bicycling with her oldest daughter Sherrie when she was younger and healthy, her favorite TV shows were Gun Smoke and The Greatest American Hero. Mom loved driving the family’s 1984 Camaro named “Sheba” , until at age 80, her vascular dementia made it so she could no longer drive. During the years of dementia she loved taking rides all over the place and ice cream. But most of all she loved her daughters from the moon and back, even as her mental ability changed she never forgot that love, she was always mom. Mom believed in souls and reincarnation and someday I hope she is my mom or best friend again because she was both my mom and best friend. One of my favorite child memories was her saving something in her lunch box for me as a kid, it always tasted better when it came from her lunch box after work. I wish she could came home now and that is hard. We (grandma Lila lived with us at the time) also would have music, dancing and cookies baking on the weekends. Mom was diagnosed with AFIB in 2013 and later in 2019 the monster vascular dementia started its destruction. I was her caregiver for over three years, until her death on the morning of June 29, 2022. I truly am beyond heartbroken and want somebody to find a cure for all dementia, they truly rob the person and their family and friends the years it destroys a person and takes them long before its time.

Sherrie and Mistie Larch (Daughters), Jack and Judy Weeks (Nephew and Wife) Pat and Annette Sherman (Cousins) and many other family and friends that will miss her deeply.