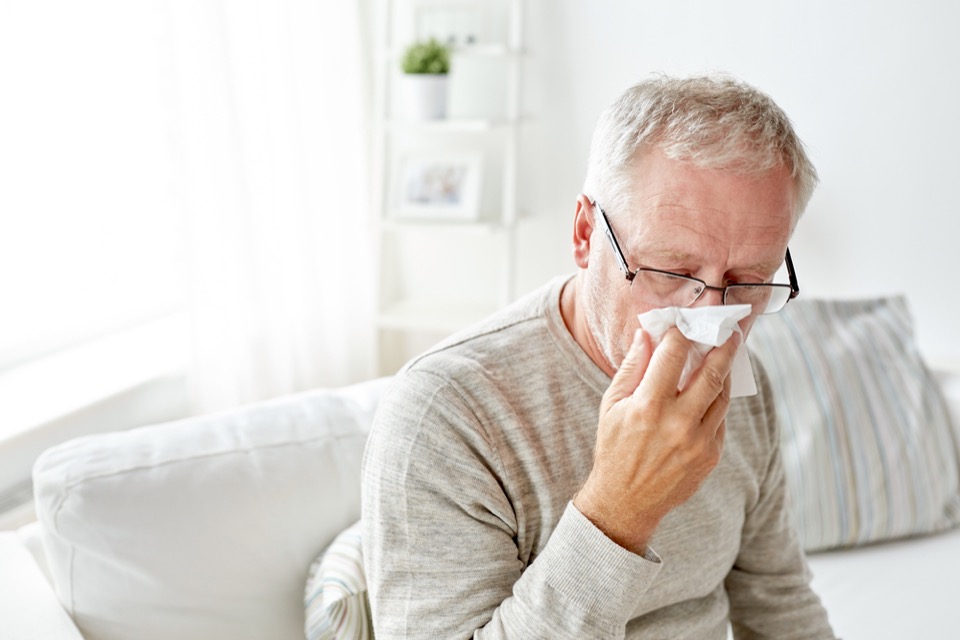 Although the name sounds somewhat threatening, Rhinitis is simply irritation and inflammation of the mucous membrane inside of the nose (“rhin” refers to the nose in medical terminology).

The condition is usually accompanied by a stuffy or runny nose, sneezing and post-nasal drip. Rhinitis is typically caused by allergens, irritants, viruses and bacteria.

Nonallergic Rhinitis is not caused by allergens. It may occur as the result of a cold or upper respiratory infection. Symptoms are typically limited to stuffy nose, runny nose, sneezing, cough and postnasal drip (and possible low-grade fever). The condition usually clears up on its own after a few days. In some cases, the cause may be related to hormonal changes, a deviated septum or even certain medications.

Allergic Rhinitis may include additional symptoms like itchy and watery eyes, swollen eyelids and wheezing. These are typical allergy symptoms and may become a chronic problem. Allergic Rhinitis can also be seasonal (often referred to as “hay fever”). This type of Rhinitis typically occurs in the spring and fall as a result of excess pollen in the air.

Treatment for Rhinitis depends on the determining cause and may include antibiotics, allergy shots, antihistamines, decongestants, nasal corticosteroids, cromolyn sodium, and simply avoiding irritants. Few cases may involve surgery. In the case of Nonallergic Rhinitis, treatment may involve simply waiting a few days for the condition to pass. If you think you might be suffering from an extended case of Rhinitis, talk with your doctor.