Little Known Facts About the Holidays

Why December has so many holidays?

While there’s no single explanation, many experts agree that December holidays date back to ancient celebrations surrounding the Winter Solstice, which is the shortest day of the year but also marks a sort of “birth of light”—because every day after that grows slightly longer for the next six months. The winter solstice occurs in the third week of December. When the Christian religion began celebrating the birth of Jesus Christ at the end of the third century AD, it is believed that church officials settled on December 25 in order to coincide with existing pagan festivals surrounding the solstice, thus making it easier to convince the pagan worshipers to accept Christianity.

The Jewish festival of Hanukkah has nothing to do with the birth of Christ, and the event it commemorates—the rededication of the Second Temple of Jerusalem, where the Jews had successfully risen up against their oppressors in the Maccabean Revolt—occurred a couple of hundred years before Jesus’s birth. Hanukkah is often referred to as the “Festival of Lights” because according to the Talmud (one of the Jewish religion’s central texts), when the Jews took back their Temple after the battle, they had only enough oil left to keep the lights burning for a single day—and yet, miraculously, the lights burned bright for another eight nights, thus leaving time to locate a fresh supply of oil.

Kwanzaa is celebrated in addition to Christmas

Kwanzaa is a secular (non-religious) festival observed by many African Americans from December 26 to January 1 as a celebration of their cultural heritage and traditional values. Kwanzaa is celebrated by African Americans of all faiths. Those who are Christian may observe it in addition to Christmas.

In Spain, the New Year’s tradition for good luck revolves around grapes. If you can manage to stuff 12 grapes in your mouth at midnight you’ve achieved good luck for the next year.

Boxing Day has nothing to do with prize-fighting

Boxing Day is an English tradition the day after Christmas. It got its name because it’s the day on which families would literally “open the box” (the alms box) to the poor. Traditionally, every church in England had an alms box, into which people would place money intended for donation. The box was opened on Boxing Day, and the contents were distributed to those less fortunate in the parish. The tradition continues today. 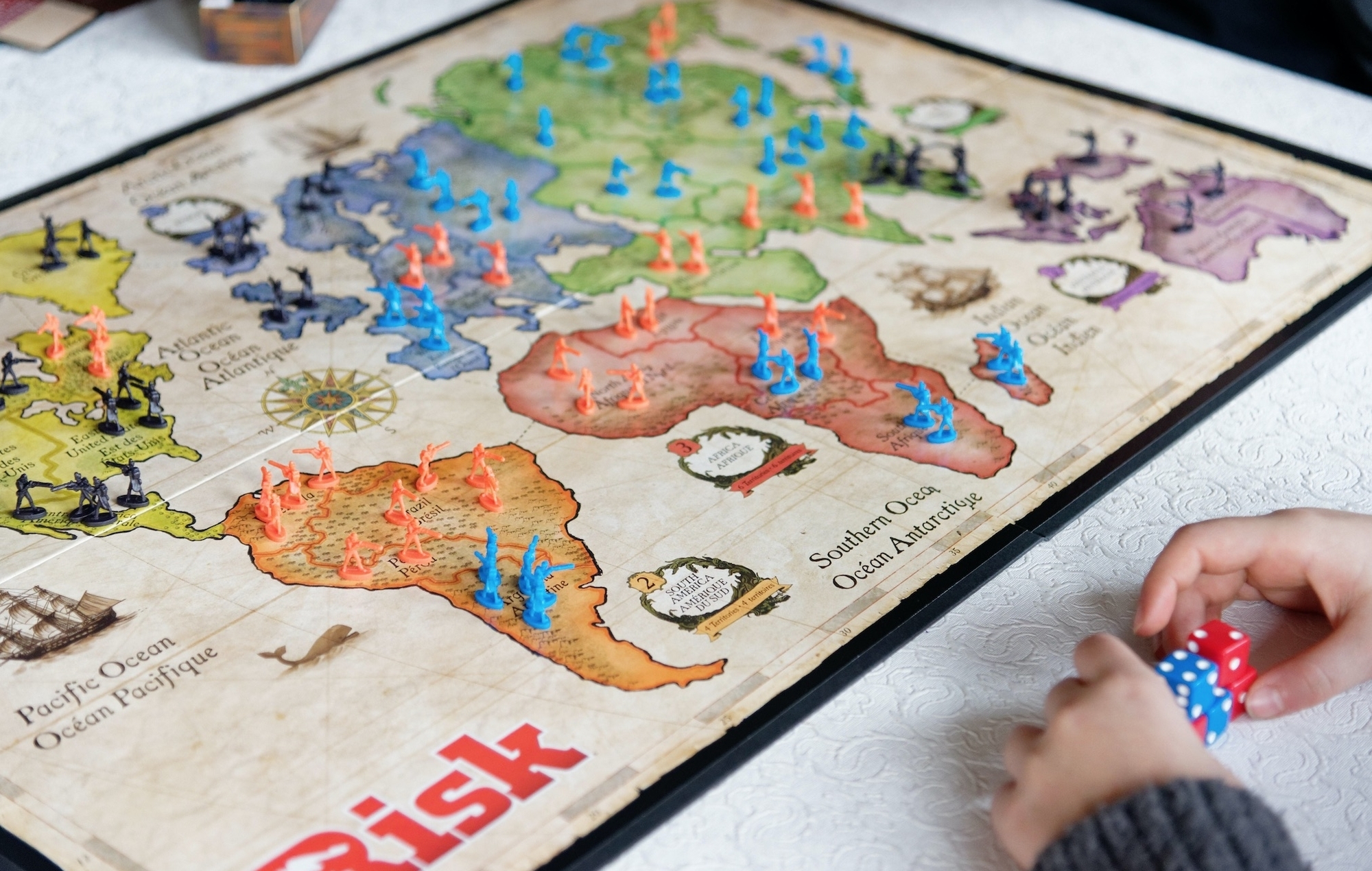 Risk is a strategy board game of diplomacy, conflict and conquest[1] for two to six players. The standard version is played on a board depicting a political map of the world, divided into forty-two territories, which are grouped into six continents. Turns rotate among players who control armies of playing pieces with which they attempt to capture territories from other players, with results determined by dice rolls. Players may form and dissolve alliances during the course of the game. The goal of the game is to occupy every territory on the board and, in doing so, eliminate the other players.[2] The game can be lengthy, requiring several hours to multiple days to finish. European versions are structured so that each player has a limited "secret mission" objective that shortens the game.

Risk was invented in 1957 by Albert Lamorisse, a French filmmaker, and it became one of the most popular board games in history, inspiring other popular games such as Axis & Allies and Settlers of Catan. The simple rules but complex interactions make it appealing to adults as well as children and families. It is still in production by Hasbro with numerous editions and variants with popular media themes and different rules including PC software versions, video games, and mobile apps.